Well, we went to our first APLA (American Pointing Labrador Association) Hunt Test last weekend. Originally, we were only going to go to see the test and not enter Claire. I was very hesitant to enter a test that I've never even seen. But we decided to give her a try, she had been doing great in training. Then she got sick and had surgery and lost nearly a month of training. We only had two weeks after surgery to prepare and she was almost there but not quite. Her issue before leaving for the test was that she didn't want to bring birds all the way to me. She would run out any distance or swim out and bring birds to within five feet of me but would then just play around with the bird for a while. As you'll see in the video this is what lost her the CRP title.


Claire ran the upland portion first and she did okay. We were looking for Chukar in the field and she had only seen one chukar in training. She winded the first two but got too close and flushed the birds. She pointed the third bird great. She held point for much longer than the required 5 seconds. Then she lurched in and caught the bird when the gunner approached. On her simulated retrieve she went out and got the bird but was VERY slow to bring it all the way to me.


The judges decided to send her on to the water portion. They thought that she did great, had a nice natural point but stated that she would have to run the water portion perfectly or risk a cooperation score below a 2 which would fail her.


Her issue was still there and she wanted to play with the duck and wouldn't bring it all the way in. She failed Cooperation and failed the test. Oh well.


It was a great learning experience and we know what to work on and we'll get the next one.


Anyway, here is her run.

Posted by Eric Edwards at 10:07 AM No comments:

Had a great trip as usual out west to hawk with friends. Started out at the NAFA meet in Dodge City, KS and stayed there until after the board meeting Tuesday night. We headed out first thing Wednesday morning for Amarillo. The usual crowd was in attendance at Jimmy & Karen Walker's, Matt Mullenix, Brian Millsap and daughter Katie, Matt Reidy and this year Chris Lynn joined us with his girlfriend Steff. Here's a video of the weekend.

Posted by Eric Edwards at 5:00 PM No comments:

Claire is 5 months old now and last week we joined a great dog training club. The Central Florida Field Trialers club is in Lake Wales, FL and is 500 acres of dog playground. They have big flight pens with 1,000 quail for training and shooting. Ponds for retriever training, shooting ranges, RV sites with hook-ups and a club house.

Here's a video of Claire at the club. You can't see some of the points because she's behind a bush here and there and the quail also moved around on her a bit. But she's doing great and learning the ways of the wily quail.

Claire is still doing great on the planted quail and very soon I'll be taking her out to a dog training club near Lake Kissimmee where they have a pen of really good quality Bob Whites for training.

Since Duncan's passing, Claire hasn't had any furry friends to play with so we thought she would do well with some socialization. So, we joined a private dog park. She was VERY nervous of the larger dogs at first, there were 2 mix breed dogs there the first day. And the followign days there were several labs, a large bully of a german shepherd the enjoys pinning her to the ground, a boxer that she loves playing with and a few other odd dogs.

Posted by Eric Edwards at 9:41 AM No comments:

Last weekend Claire met her first few planted quail. She did great. I put a bird out in the field and hooked Claire up to a check cord to keep her from being able to catch the bird. We started 100 yards down wind and started working towards the bird.

Claire was bouncing around, mostly playing in the field as we worked towards the new smell. The instant she picked up the scent her attitude changed, for the first time she turned into a hunting dog. She first held her nose high in the air and then hugged the ground searching for the source. When she got close she locked up on point for several seconds and eventually flushed out the bird.

Here's a short video we shot of her second quail. 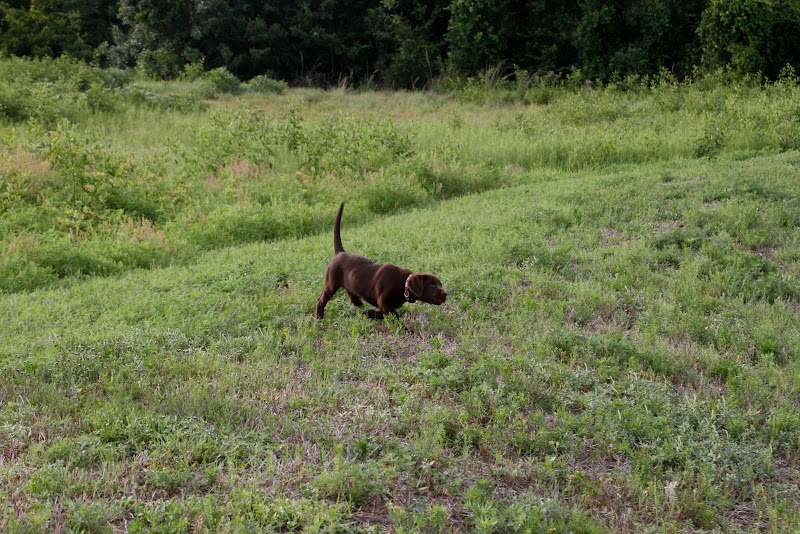 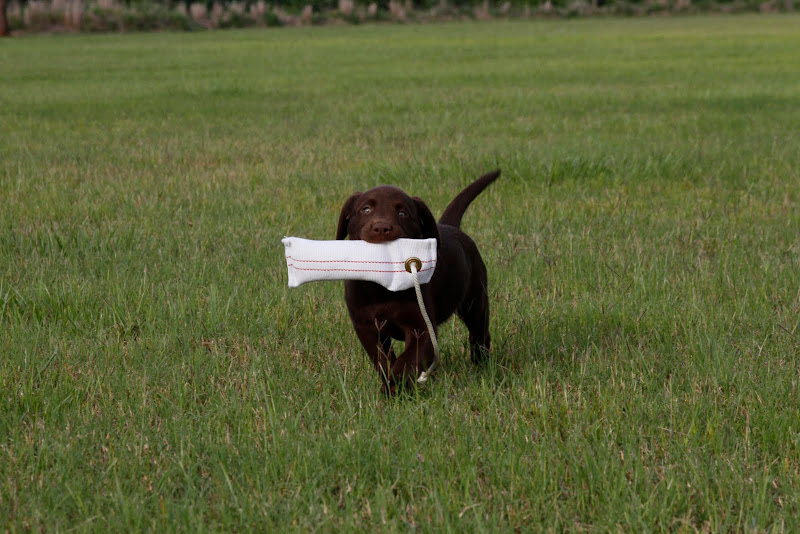 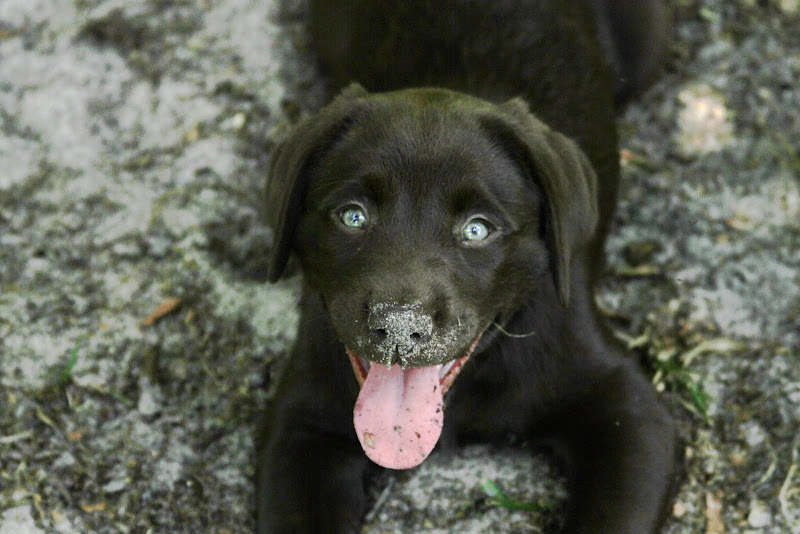 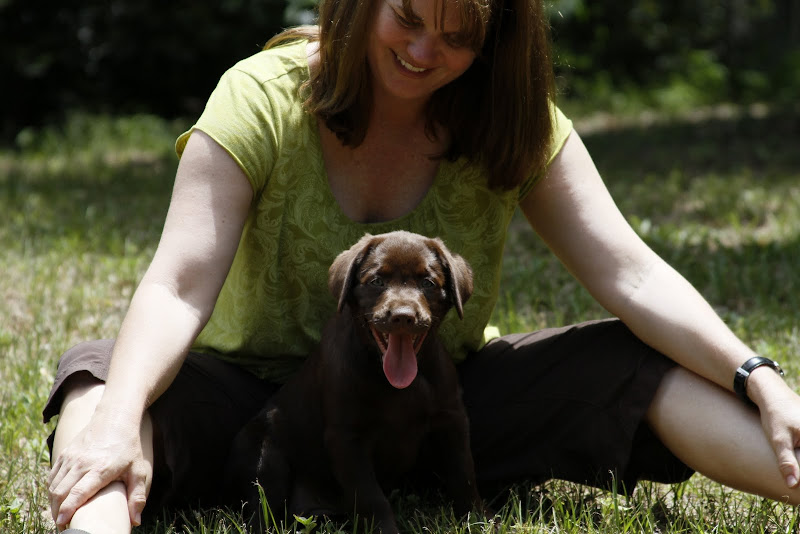 A few weeks ago we learned that our chocolate lab Duncan has cancer. We discovered this after he nearly bled to death after a tumor ruptured in his spleen. His spleen was removed and biopsied and it wasn't good news.

He's undergoing chemotheropy now, but even with that his prognosis is 6 - 12 months. So we thought it was time for a new pup.

Claire, our new chocolate lab arrived on Sunday and has been loads of fun. She is a Pointing Lab just like Duncan, she was the pick of the litter female and both of her parents hold 2 Grand Master Pointing Retriever titles. Claire's mother has the same father as Duncan, Grand Master Pointing Retriever "Cajun of Black Forest". In all, there are at least 5 GMPR titled dogs in her pedigree. It should be a fun summer getting her ready for snipe fields.